Teal, Becker & Chiaramonte, CPAs, P.C. (TBC) has announced the promotion of its staff. Four of the six accountants promoted this year to assume new positions of managers, supervisors, and senior accountant are CPAs Gregory Galla, John McCann, Matthew Parker, and Megan O’Malley Stewart. The other two individuals promoted from staff accountants to senior accountants are Michael Lorusso and Kirstyn Vaughn.

Galla and McCann have been named an audit and tax manager respectively after previously holding positions as audit and tax supervisors for the Firm. As an audit manager, Galla will now be responsible for managing and supervising all phases of audit, review, and compilation engagements of commercial entities, not-for-profit entities, and governmental units.

A member of the American Institute of Certified Public Accountants (AICPA), Galla received his Bachelor of Science in Accounting from Saint Michael’s College in Vermont. Since joining the Firm in 2006, Galla has worked with many commercial clients including home builders and construction contractors among others. He is a member of the Firm’s internal contractor committee and outside of the office, he is the Chairman for the Future Industry Leaders Group, a subgroup of the Capital Region Home Builders and Remodelers Association.

McCann, who joined TBC in 2009, received his Bachelor of Business Administration in Accounting and his Masters of Taxation from the University at Albany. He is a member of the Firm’s internal manufacturing committee and professional services committee. His professional membership includes the AICPA and he serves as the Treasurer and a member of the Board of Directors for the Chamber of Southern Saratoga County and he is a Board Member for the American Cancer Society. His experience includes a diverse client base consisting of commercial entities, individuals, and trusts and estates.

Receiving promotions to audit supervisor this year were Parker and Stewart. Both served in the capacities of senior accountants prior to the announcement. Parker, who has been an accountant since 2005, is a graduate of Siena College with a Bachelor of Science in Business Administration. He sits on the Firm’s internal contractor committee and is an active member of the Northeast Subcontractors Association (NESCA) and is a member of the AICPA.

Joining the Firm in 2010, Stewart has a Bachelor of Science in Business Administration from Siena College. She is a member of the AICPA and is on the Firm’s internal committees for automotive dealerships. In addition to automotive dealerships, Stewart works on clients in the employee benefit plan industry and construction contractors, among others. 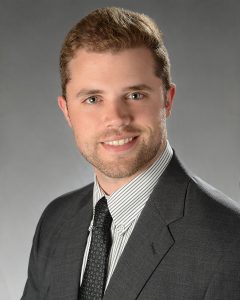 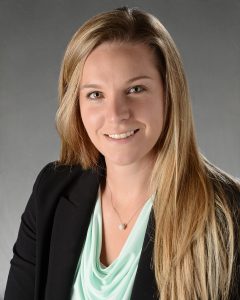 Lorusso, a 2012 graduate from Siena College with a Masters of Science in Accounting, following earning his Bachelor of Business Administration in Accounting degree, was hired by TBC in the same year. Lorusso is a member of the Firm’s internal automotive dealership committee and works with dealerships, among other commercial clientele. He has been promoted to senior accountant along with Kirstyn Vaughn who was hired by the Firm in 2013. Vaughn, a graduate of Siena College with a Bachelor of Business Administration in Accounting and a Masters of Science in Accounting degree from Kennesaw State University, works with a wide variety of clientele including labor unions, home builders, and not-for-profit organizations.

To read the recent announcements of Kelly Fedden, formerly an audit manager at the Firm, who was appointed to the partner group, click here.